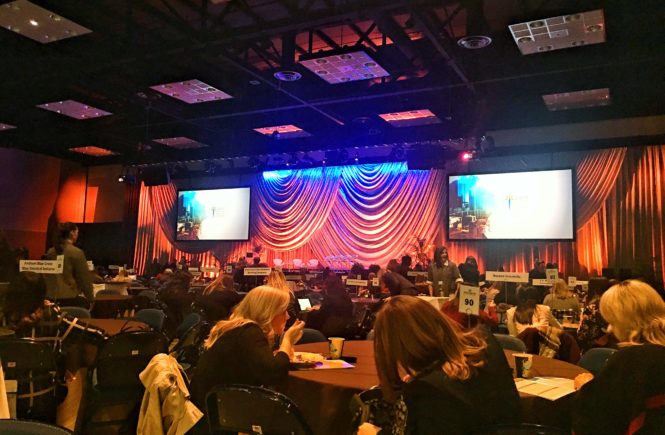 The Indiana Conference for Women has been an event I’ve attended for the past 3 years, and have seen it grow and improve each time.

This year, the most immediate changes that were made were in the venue and the parking. In previous years, the event was held at the JW Marriott, which was a nice location, but with the number of attendees increasing year over year to up over the 1,500+ range, the parking situation became a nightmare, causing people to feel to need to arrive extremely early to get a parking spot, and leave before the closing session in order to avoid getting stuck in the parking garage bottleneck.

This year, parking was located outside Lucas Oil stadium and the event itself was held in the Convention Center. Parking was plentiful, easy to navigate, and a short walk to the conference. A big thank you to whoever made the decision to make those changes!

Another new addition for this year was the inclusion of a hot breakfast buffet before the event. With the conference day typically being a long day with an early start, it was great to start with a heavier breakfast than was provided in previous years. The only issue I saw in the morning setup was that there was no water available during the beginnig of breakfast – only coffee and juice. Water wasn’t made available until well into the opening session.

Opening Session
The opening session began with some general conference information and introductory comments by Gerry Dick and the current and former female Lieutenant Governors of Indiana.

After the introductory comments, the opening session speaker, Gretchen Rubin, took the stage and I was lucky enough to get her most popular book, The Four Tendencies, free in my conference bag! 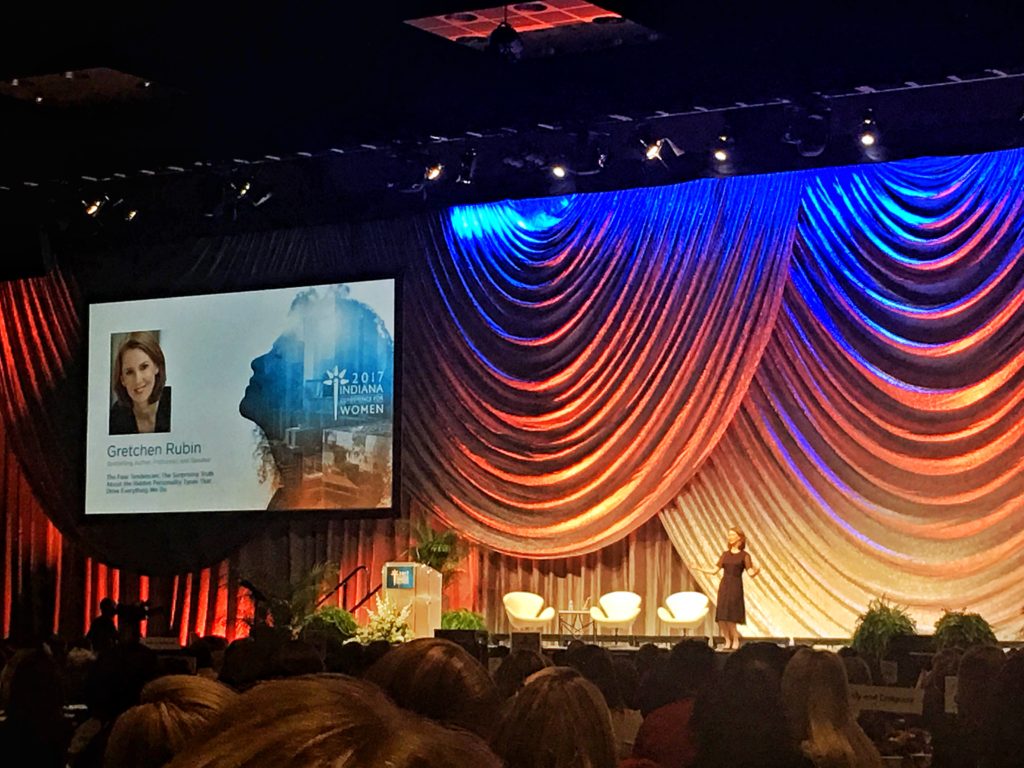 Gretchen gave a great overview of The Four Tendencies and provided examples of each tendency so that the crowd could figure out which group they all fell into. Oddly enough, in the group of coworkers I attended with, we discovered that we were each a different tendency! It was a fun exercise and a great way to start off the day by considering the strengths of other people and how we can all learn to more effectively work together. 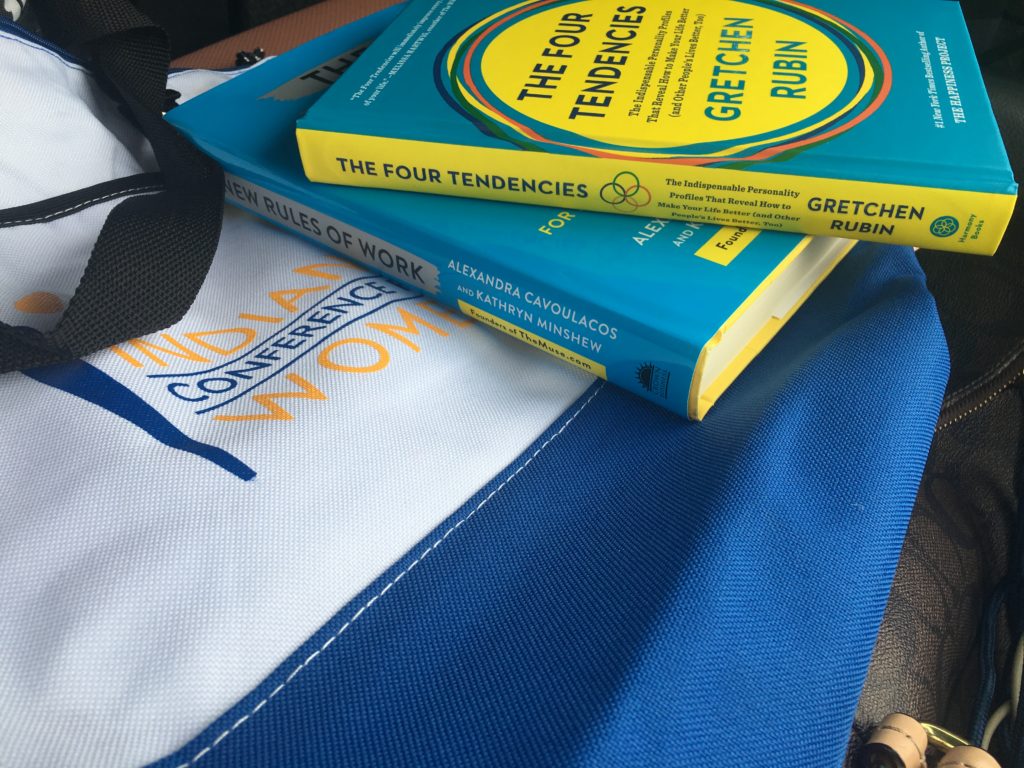 Breakout #1
There were so many good breakout options this year, that it was really hard to pick one. Dr. Tererai Trent led a breakout titled “The Awakened Woman, Remembering and Igniting Our Sacred Dreams”. I was unable to attend this one, but heard great things from others who attended and enjoyed getting a recap of her story.

For the first breakout, I attended the Pitch Competition, in which local business owners pitch their businesses to potential investors. It’s essentially like a nicer version of Shark Tank. This is always an engaging session, and it’s fantastic to see so much talent invested and growing opportunities every year. 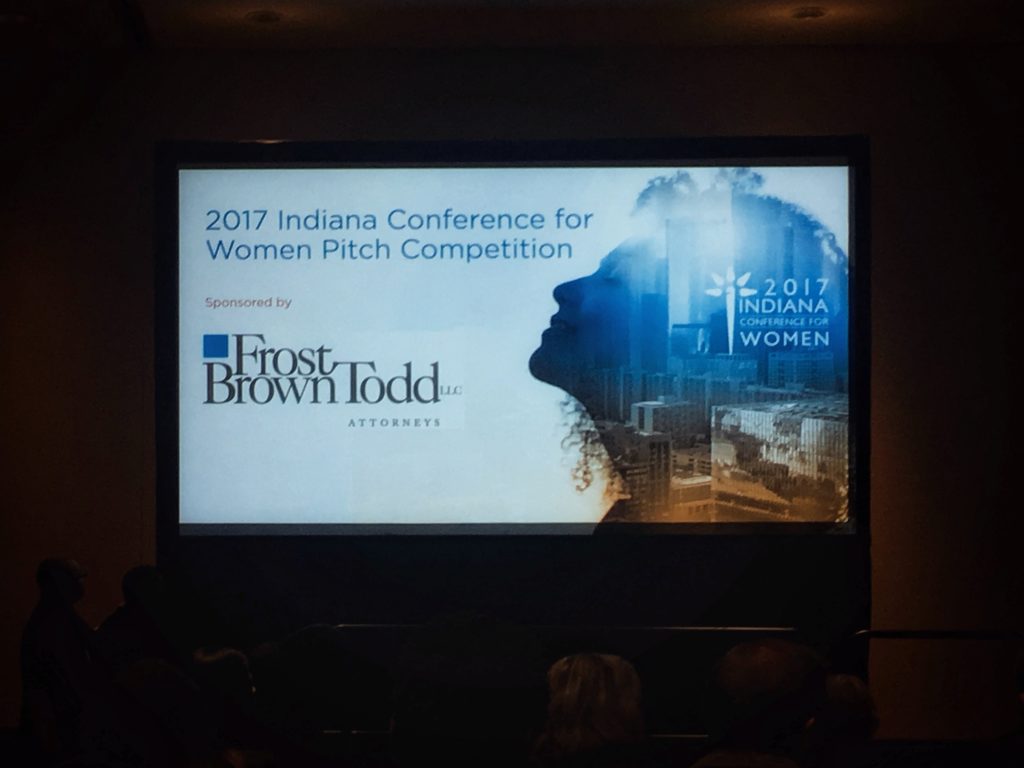 Pitching this year were Marie Maher of Synapse Sitters, Caitlin Coffman of tend.ly, Stephanie Corliss of Codelicious and Christine McDonnel of SnapShyft. Each of these ladies did an excellent job of representing their companies and I enjoyed hearing their pitches. It will be exciting to follow these companies and to see how far they go in the future.

Our lunch speaker was Diane Keaton, who I thought was hilarious and engaging, but as far as the content of her talk, it was not very relevant to this particular conference’s focus on education and empowerment. She mainly promoted her new book, The House that Pinterest Built, talked about her interest in interior design and then fielded questions about anything audience members wanted to ask. Maybe the organizers thought a more lighthearted subject matter would be a better fit for the lunch hour when people would be distracted by eating. 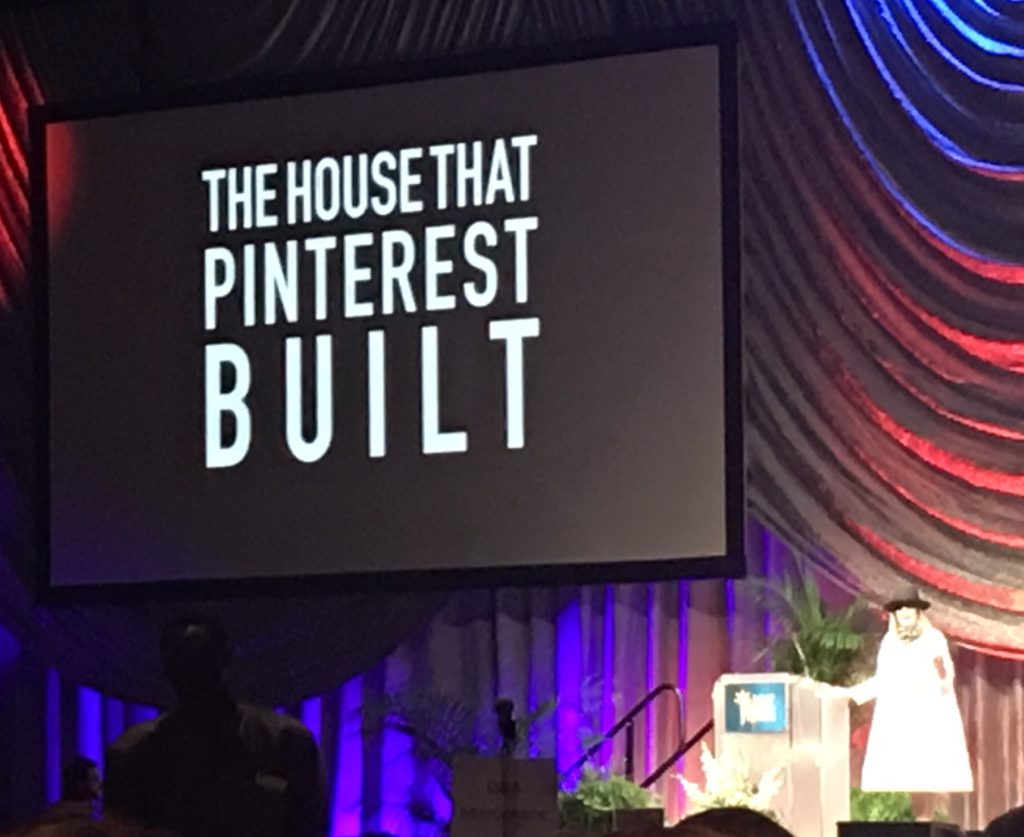 So, the food… I have to preface the food review of the lunch by saying that last year’s lunch was absolutely spectacular! It was the same main course as this current year, grilled chicken, but last year’s grilled chicken was something I raved over, whereas this year’s chicken could have been easily trumped by a chain like KFC or Boston Market. The chicken was tough, un-seasoned and the risotto was incredibly bland as well. The presentation of both the main dish and the chocolate mousse dessert was very pretty, but only so-so in taste. Nearly everyone at my table just picked at their lunch — not a crowd favorite, to say the least.

My assumption is that the conference had a built-in requirement when it was held at the JW Marriott to use a particular food vendor associated with that venue, and we lost that excellent vendor with the move to the Convention Center. I can understand that the food may never be quite as good as it used to be, but it would be great if a small group could taste-test the menu for whatever vendor is used in the future.

Another improvement to the food portion of the lunch would be if it could be served buffet-style. The food and drink delivery to each table was unorganized and the servers looked confused as to what they should be doing and when. My particular table was never served the iced tea that we saw other tables being offered, and the post-meal coffee was only offered to half our table. If in the end, many of the attendees will have to get or ask for their food or drinks anyway, it would be more convenient to have the meal be self-serve instead of hiring a bunch of servers that don’t really know what they’re doing. For the price point of this conference, the issues with the food service really irked me.

Breakout #2
For the second breakout, I attended the “Navigating the New Rules of Communication…Real World Communication Every Woman Should Know” session. The session was led by a panel of popular television journalists and anchors. They took real questions from the audience about particular communication issues and invited audience members on stage to work out the issue with real-time communication practice or feedback.

This was an engaging, interactive session and a topic I feel is very critical to being successful in the workplace, though not always considered.

Final Thoughts
Though this year’s conference still has some particular areas of improvement, it’s great to see that the conference managers are listening to the feedback of attendees each year and doing their best to make changes in an effort to make the conference better going forward. 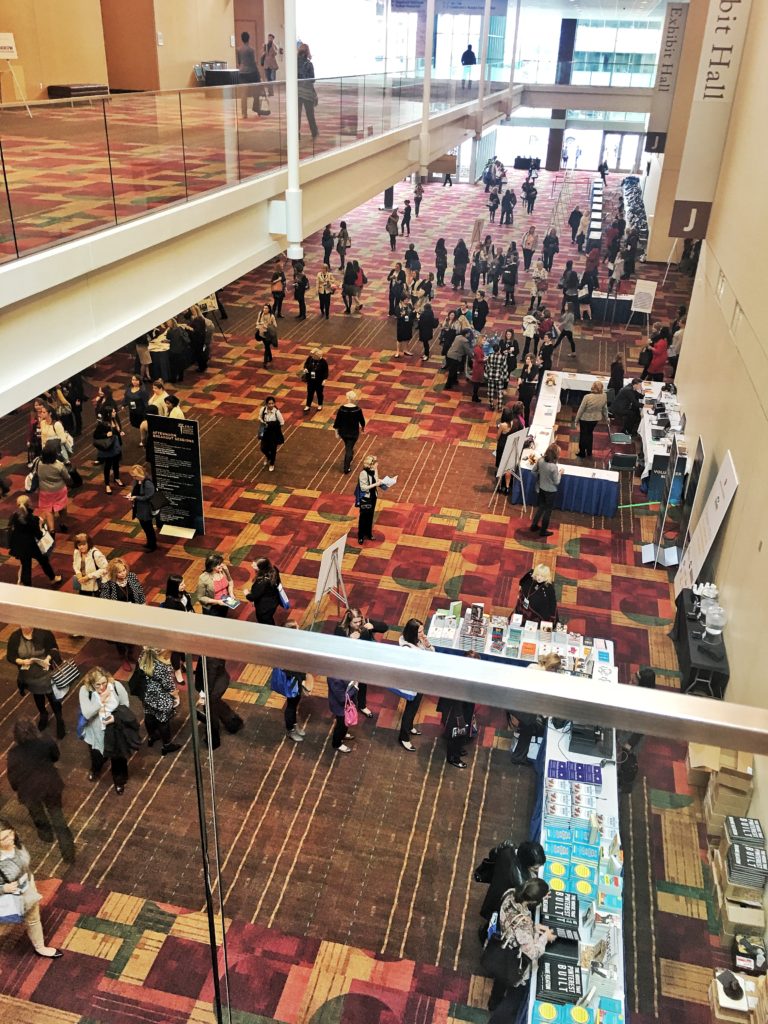 I mentioned earlier the struggle to pick a particular breakout. With the number of excellent sessions, I can honestly see this event being a 1-1/2 or 2-day conference, which would allow there to be a chance for attendees to get to more of the breakout sessions. Having only two breakout sessions this year was disappointing, though I do understand that the change was made to allow more time for breaks, and to move the closing session up earlier so that more people could attend.

Overall, this year’s Indiana Conference for Women was a good conference celebrating and encouraging empowerment for women. I enjoyed attending, seeing some familiar faces and learning some new communications tips and insights on different personality type. Already looking forward to next year’s conference, and hoping no pre-existing commitments keep me from missing the closing session next time! 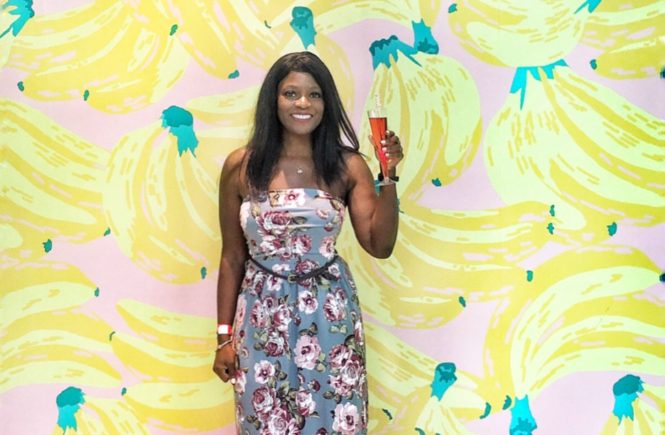 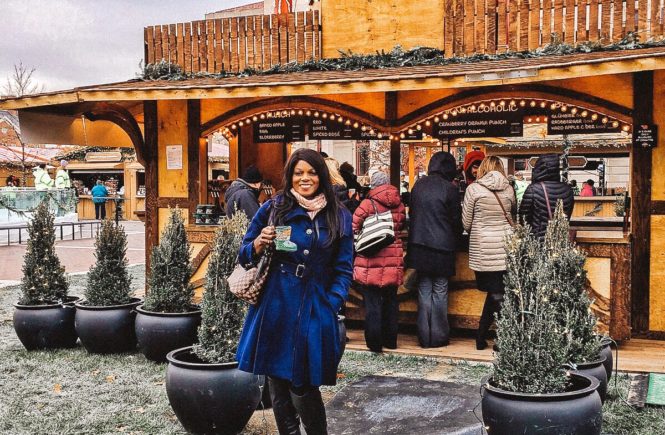 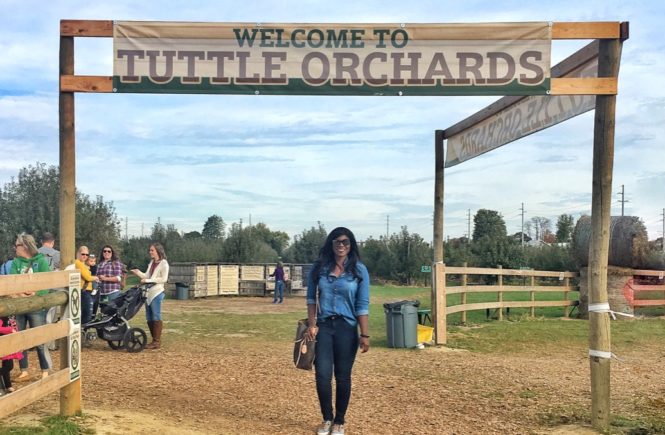