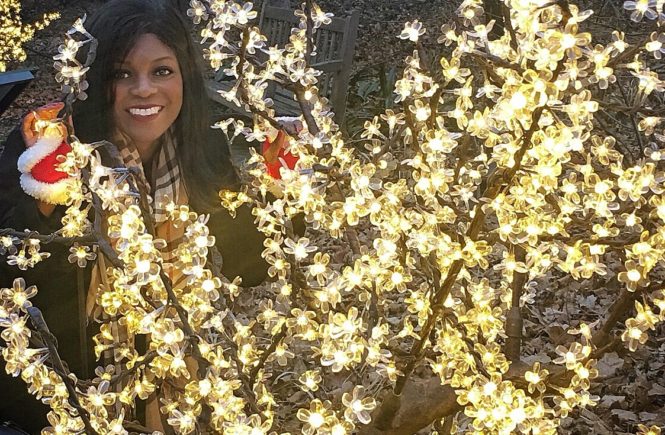 Newfields Winterlights was an unexpectedly entertaining holiday experience! After seeing other photos of the event, I didn’t think there would be more than some decorated trees, but it was much, much more than that.

An unusually balmy weeknight was the perfect time to experience the Winterlights at Newfields. Located off of 38th Street and Michigan, it’s relatively convenient to get to, or at least more convenient than having to go to the heart of downtown, as for some other holiday experiences in the city.

Upon arrival into the lobby, everyone was cheerfully greeted by either a Newfields worker or Santa, which was a nice touch. I arrived a little early and the additional time beforehand was the perfect time to snap a photo with Santa or check out the gift shop. The lobby itself was decorated as well, with bunches of poinsettias and Christmas trees hanging from the ceiling.

The event was limited to a certain number of people with entry times at 5 and 7 pm. Organizing the event in that way definitely made the experience more enjoyable – there was a fairly short wait in line to get in and once inside, it didn’t feel overly crowded.

The only downside of the early entry time was that entering at 5 pm Eastern Time meant that it wasn’t completely dark outside for another 45 minutes or so, and the light displays weren’t very visible until around 5:30. With the weather being so nice, though, waiting around a little while the sun went down wasn’t that big of a deal.

The first feature you walk through is a few lit trees with the Newfields sign in the middle, continuing on through the “Snowflake Bridge” — a pathway with fun projected light shapes, a lighted gate and lit snowflakes overhead. This stop was one I had to circle back to revisit after it was dark.

From there were more trees along the “Frosted Forest”, some with fun flower lights as well as the traditional bulbs until the path led to a choreographed light & holiday music show called the “Landscape of Light” on the lawn in front of the Lilly House. The “Landscape of Light” was definitely the highlight of the event. The sheer amount of time it must have taken, not only to physically place all of the lights but also to get the timing right to correspond to elements of the different songs played was impressive!

Past the lawn was the Lilly House, which had a bit of a line to get in for a tour, but was worth waiting to see the inside fully decorated for Christmas. The Lilly House had been on my to-see list for a while, and this was absolutely the best situation in which to get a tour of the place. It’s been very carefully maintained with attention to the historical architectural details and is stunning inside and out. 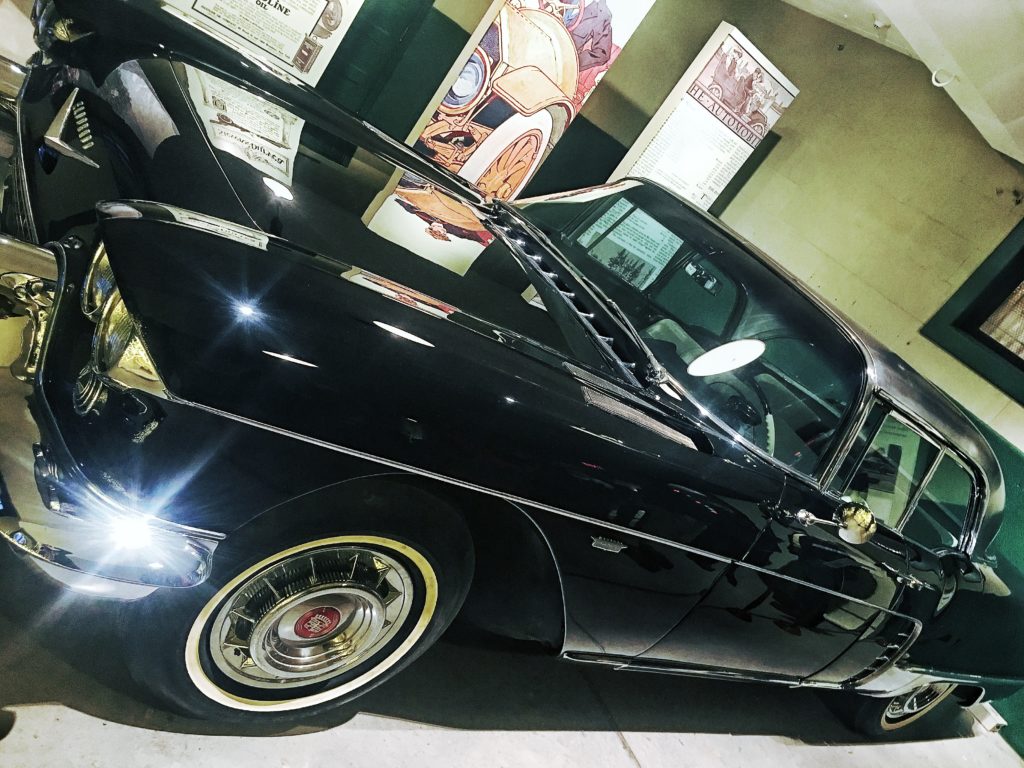 Once through the Lilly House tour, the sun had fully set and the “Landscape of Light” was even more spectacular than before. In addition, there was a small booth next to the lawn selling cider and hot cocoa — perfect to sip while enjoying the lights.

The rest of Newfields Winterlights experience was what I expected – a LOT of artistically decorated, lit trees. Throughout the pathways, there was a long strip of the path with warming stations with real wood fires to warm up next to, some fun photo ops with Newfields workers waiting nearby to take photos, and even a smores station. And Santa stayed around the remainder of the night outside too. 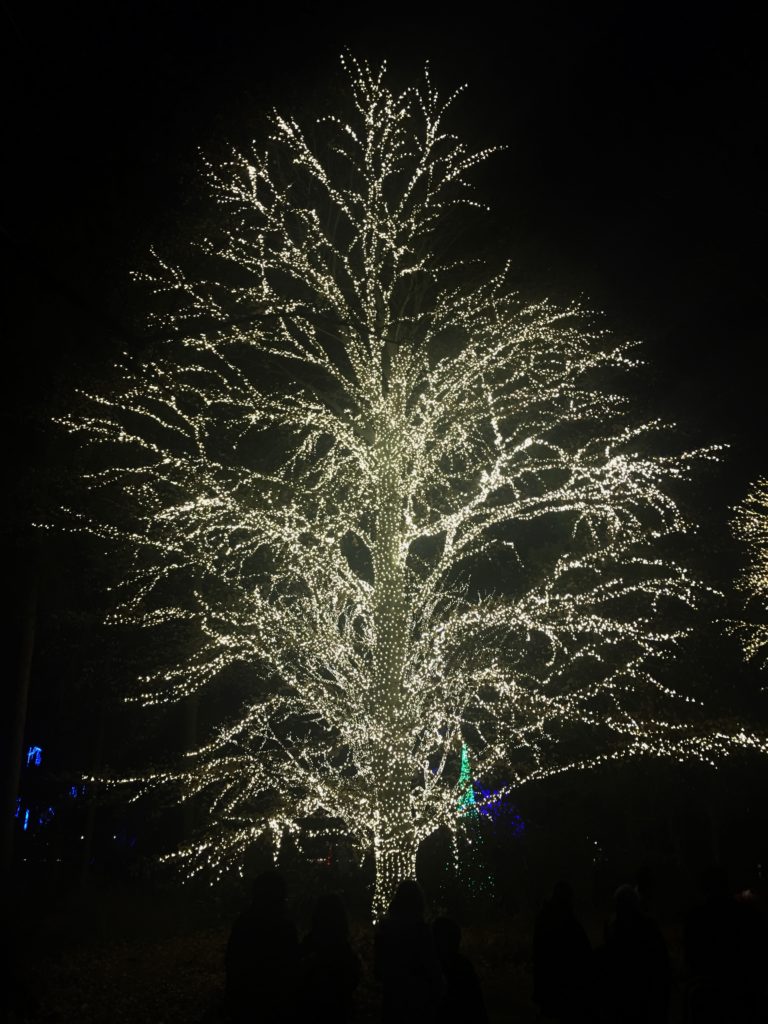 Overall, Newfields Winterlights was a great experience and I was surprised there was enough to see to be there for a little over two hours! If you have the opportunity to go visit, it’s worth making the time for! Just make sure you buy tickets early – the night I visited sold out.

The one thing that would majorly improve this event would be the addition of food. Like REAL food. The smores and cider were nice touches, but 3 or 4 food trucks or local food vendors would have been amazing since this event runs right at dinner time and I was starting to get pretty hangry the last half an hour or so.

I do hope this event returns next year! It will be fun to attend again and see what, if any, improvements are made based on feedback from this year’s attendees. 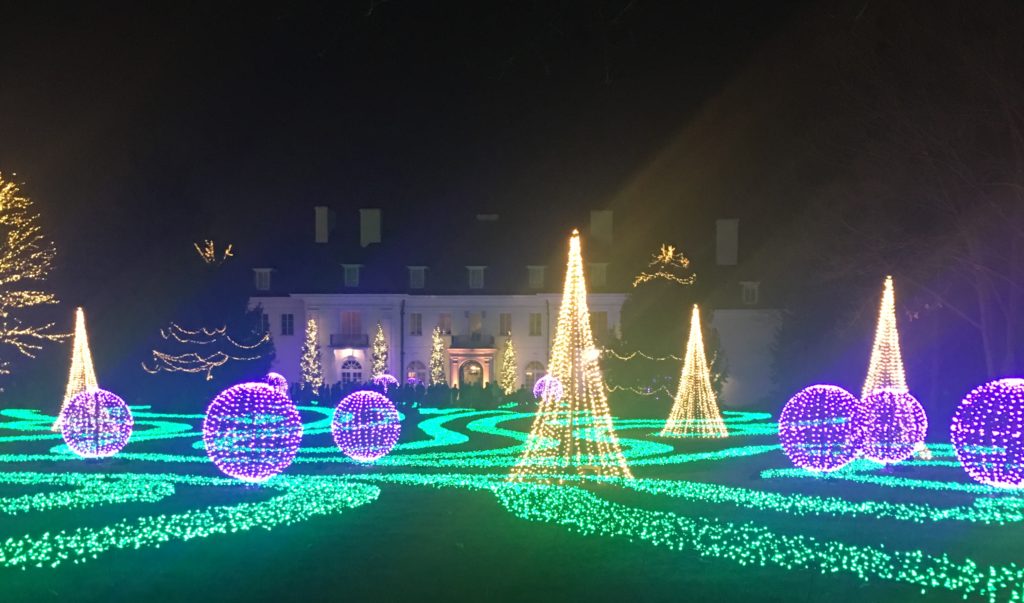 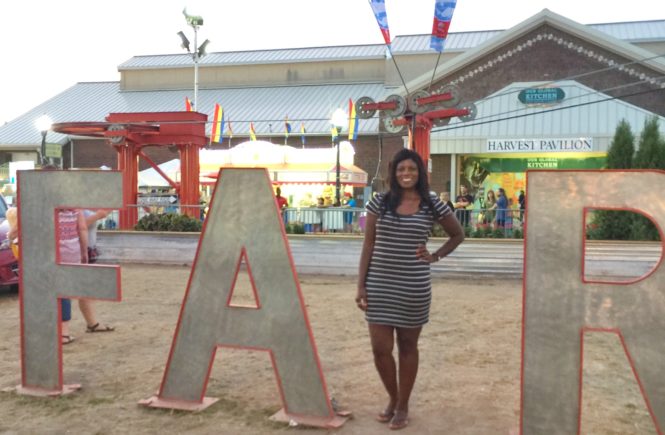 Around Indy: The Indiana State Fair 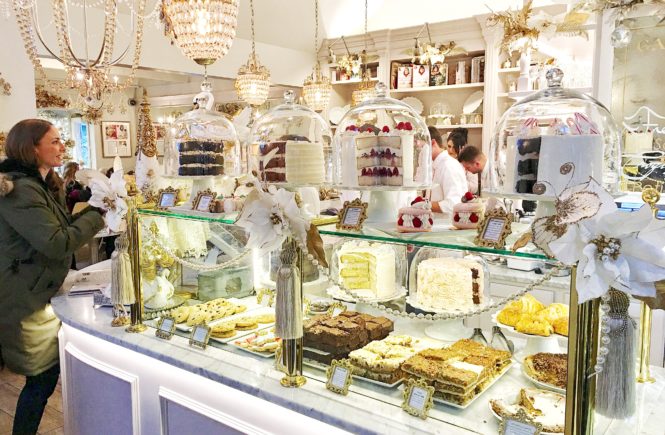 Around Indy: The Cake Bake Shop 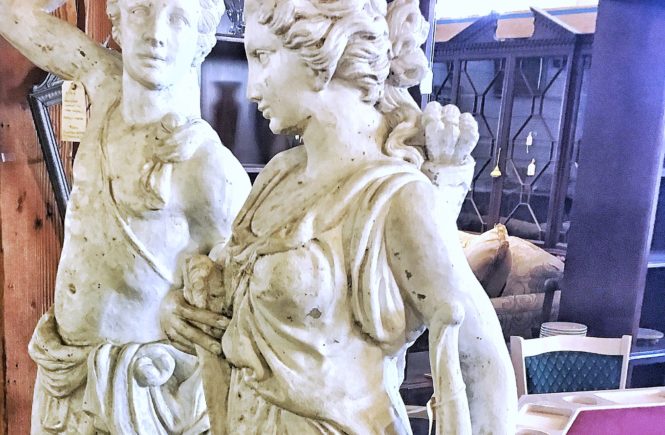