Around Indy: Salt on Mass 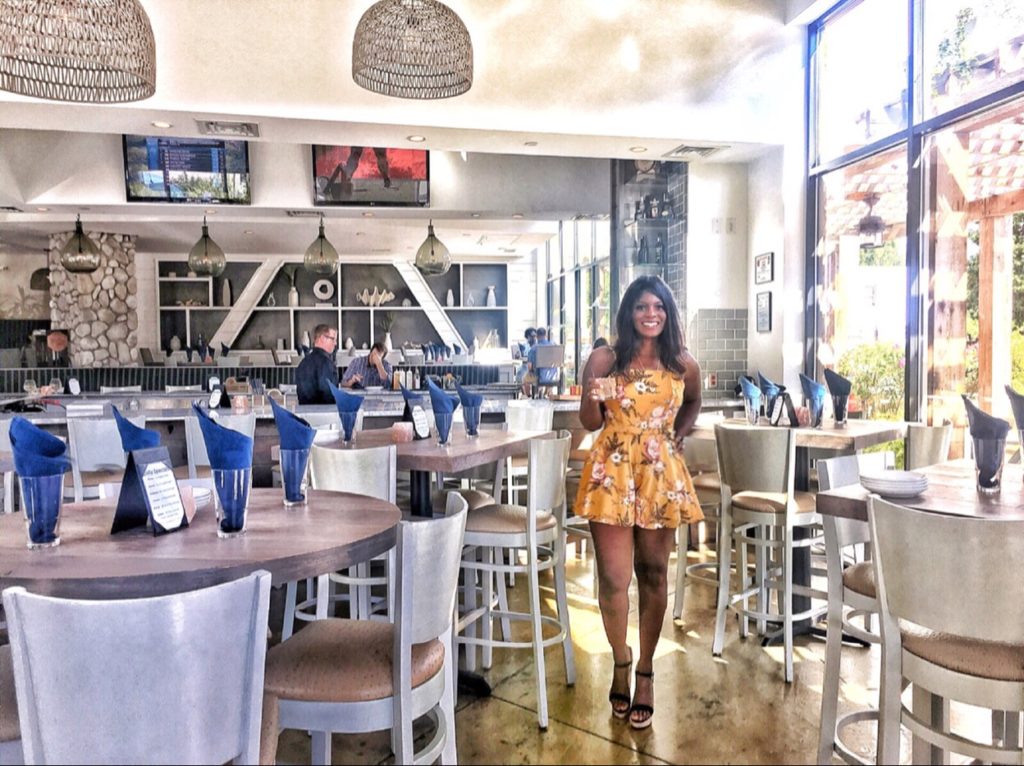 Yet another place I’ve had bookmarked forever on Yelp, and never gotten around to trying… until now! Devour Indy was, once again, the perfect excuse to check another restaurant — Salt on Mass — off of my ever-growing restaurants-to-try list. 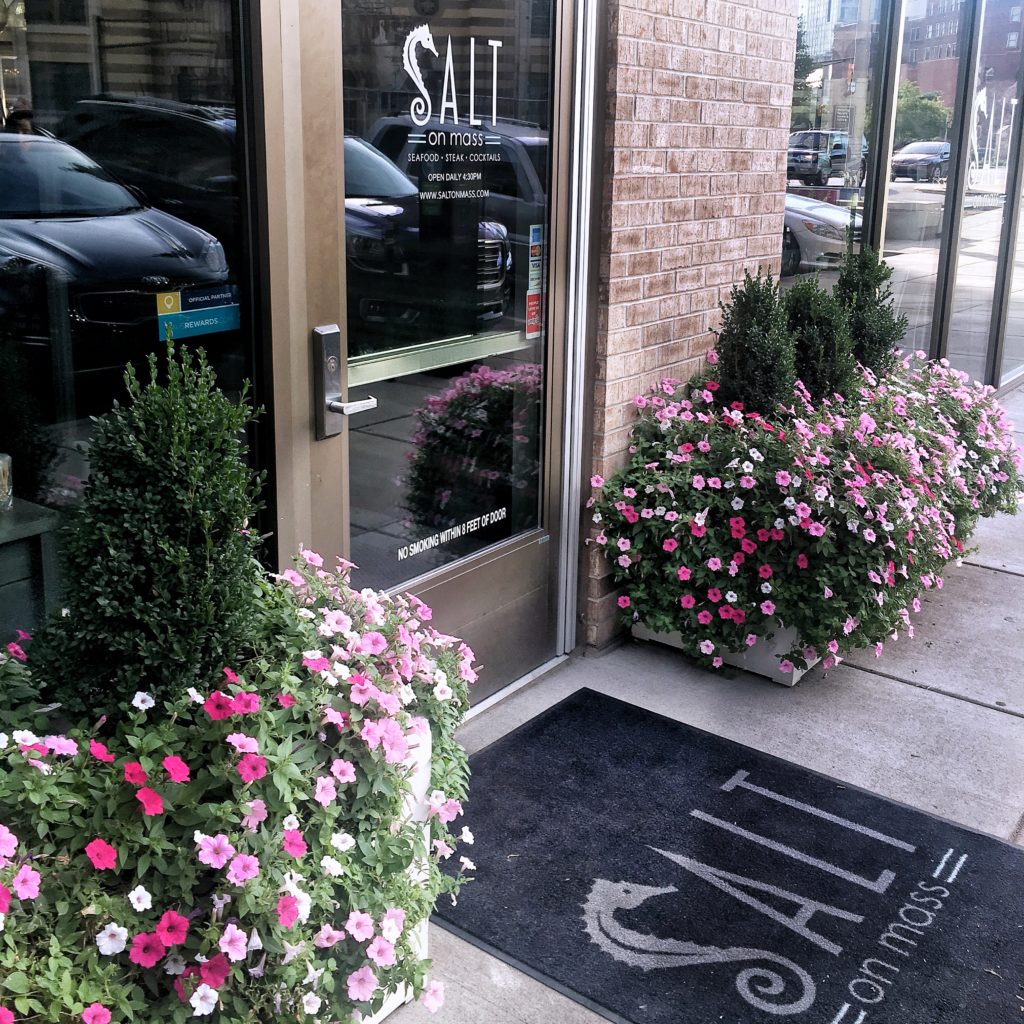 I made a reservation for 4:30 pm (opening time) at Salt on Mass on a Sunday in an effort to beat the crowds to the Mass Ave area, and it worked! There were just a couple of other people in the restaurant when my group walked in. We started off with just drinks & bread while perusing the menu. I noticed the Sunday drink special was for $5 house cocktails and was surprised that the cocktail prices would be discounted to that amount at an upscale place like Salt.

Over the course of the meal, I tried two different drinks: the Orange Rose and the Jeweled Mule. The Orange Rose was a great summery drink, and they definitely didn’t skimp on vodka or the rosé in the pour.

As for the Jeweled Mule… it’s now my favorite mule! The cucumber mint & pear liqueur combo in the drink was refreshing, and you could smell how good the drink was going to be before the liquid hit your lips. I only regret that I didn’t discover this drink earlier in the summer.

The bread as an appetizer was the perfect something simple to nosh on while waiting for the main course. Salt has a lot of other amazing appetizers on the menu, to the point that I can envision re-visiting and being happy just ordering drinks & apps.

The Devour menu offered a choice of either a mixed green salad or lobster bisque for the 1st course; salmon, sea bass, sirloin steak or tortellini for the 2nd course; and a dark chocolate brownie for dessert. I opted for the salad and sea bass but was interested in trying the sirloin after our server told us it was Okeechobee Sirloin, which, after a quick bit of googling, I found out is a ridiculously popular steakhouse in Florida.

The Pan Roasted Chilean Sea Bass was perfectly cooked and was covered in a perfectly-seasoned Asiago crust on top of mushroom risotto with lemon beurre blanc drizzled on top. It was wonderful, but I do wish the portion size was just a bit larger. But, then again, I always want more whenever I have good sea bass!

The Okeechobee Sirloin was ordered medium rare but came out on the more of the rare side. Had I ordered it, I would have gone medium, but considering I was pilfering someone else’s food, I couldn’t complain. The sirloin was tender and delicious, topped with garlic butter and accompanied by crispy new potatoes. It actually looked more like a filet than a sirloin when it was brought out.

The dark chocolate brownie was the perfect final course, likely smaller-sized than you would normally get since it was part of a 3-course deal, but with as much as we’d eaten already, we didn’t need more than the small square. It was topped with Carmel, nuts and whipped cream and was extremely moist.

Overall thoughts on Salt on Mass is that it’s an amazing place for dinner, drinks, dessert… or all of the above! The service, from the host to our waitress, was stellar and the food was incredible. I’d come back here in a heartbeat. 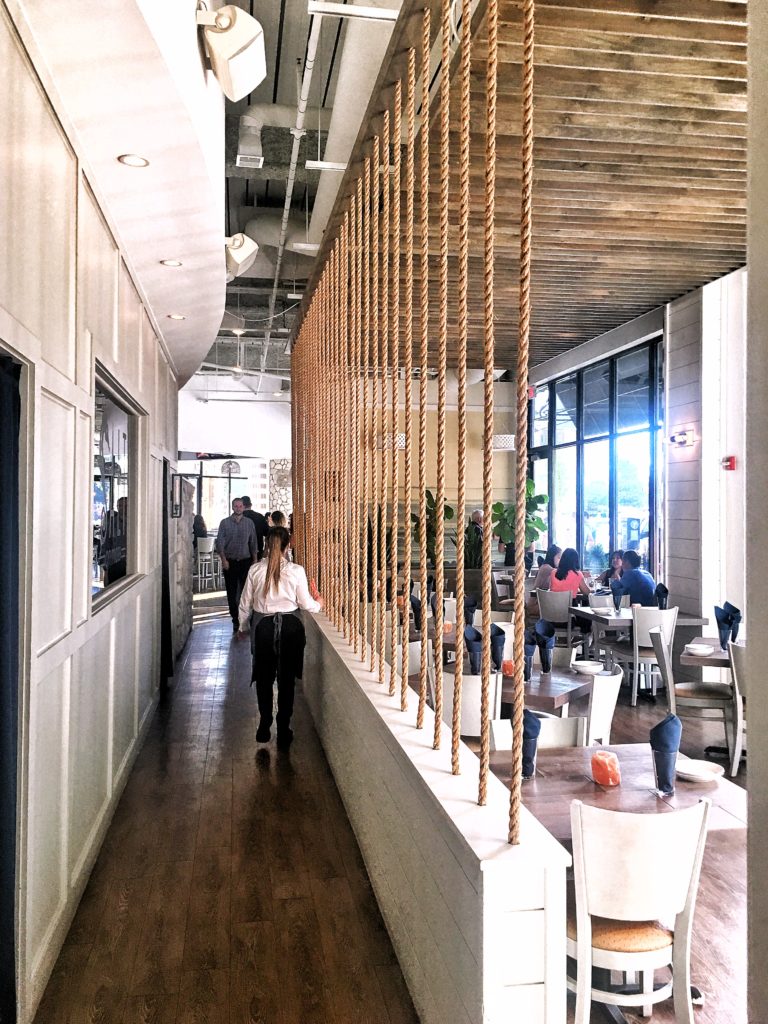 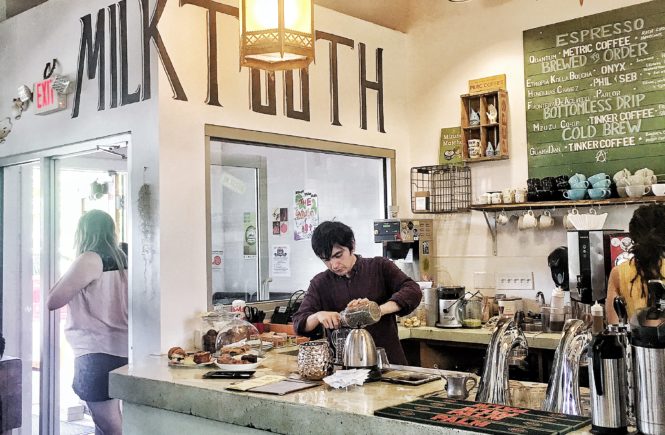 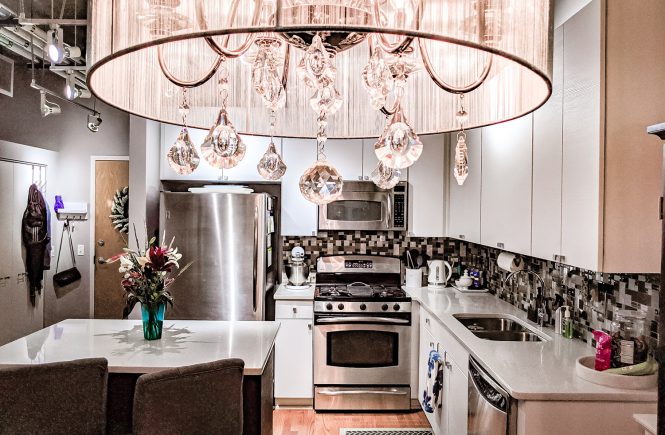 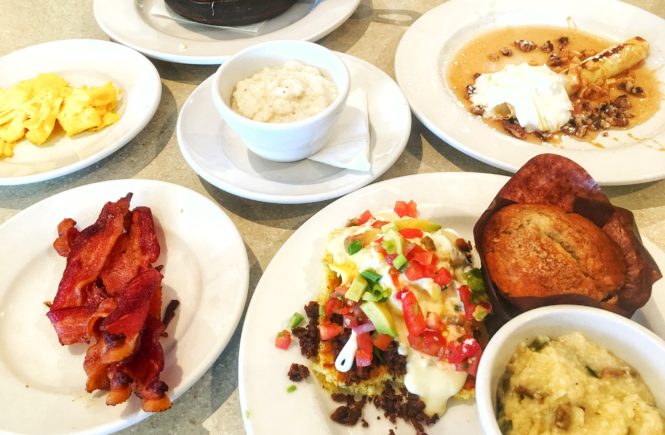