The Chief’s Luau was an event that I was unexpectedly invited to during my stay on Oahu, and can’t imagine not having had this experience. It was such a great time and one of the more memorable experiences I had on the island.

The group was picked up from a hotel, and we had a bus guide (who told us to call him “Cousin K”) to keep us entertained on the 45-60 minute journey to the luau location with stories about his background and some Hawaiian history, as well as to assist us with anything our group needed during the luau.

Upon arriving at the luau, we were all given a kukui nut lei and lined up to take photos with Chief Sielu’s son and one of the female dancers. Later in the night, there’d be an opportunity to purchase the photo for $20.

After the photo, we were ushered into the luau area, where there were stations set up for drinks, souvenir-type items, temporary tattoos, and coconut leaf headbands. With a limited amount of time before dinner started, I only had time for the headband, which I think was the best choice since I could enjoy having it the rest of the night.

The buffet meal was excellent, and I hadn’t eaten much that day, so I was beyond excited for eating time to finally arrive! There was such a good variety of items to pick from, that I ended up making two trips to try everything: sweet potatoes, veggies, noodles, chicken, fish, pork, cake, pineapple were some of the many options I enjoyed. 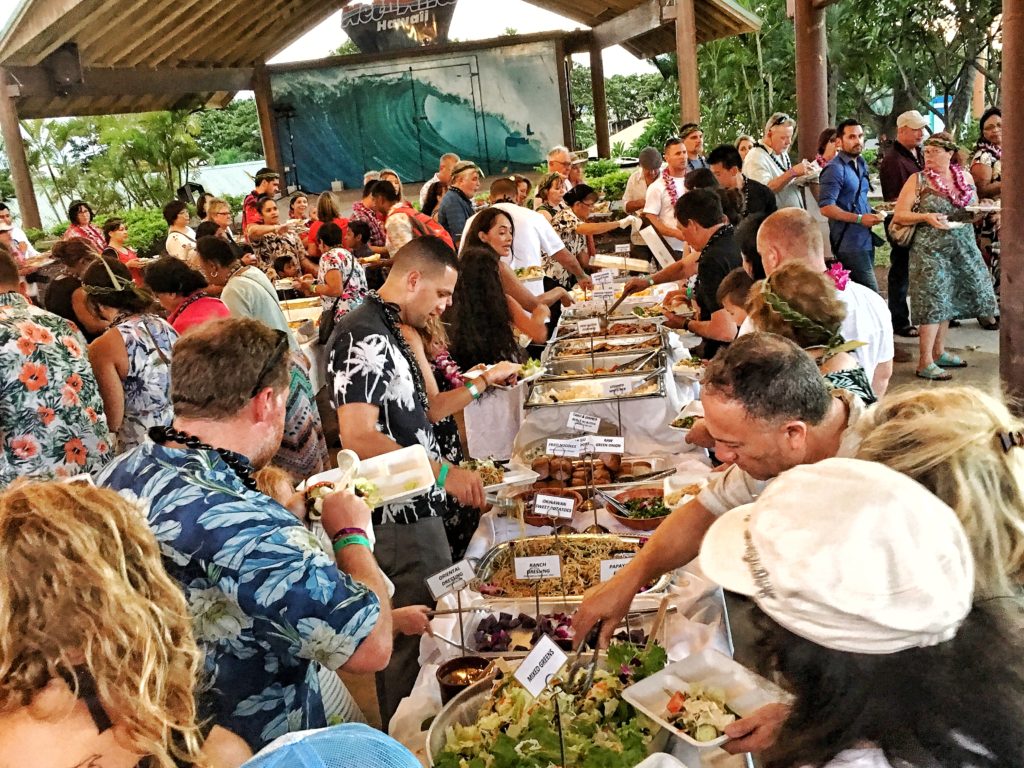 The ticket included two free drinks, and I once again ordered mai tais… because why would you want to drink anything else in Hawaii?!

After the great food & drinks, the show started fairly quickly, getting right into the performances, with some brief interjections of Hawaiian history and some background on how the bold, geometric tattoos the chief and many of the other performers had represented their family history and accomplishments as a permanent record of their lives that they carry around with them all the time. Pretty incredible.

The performances were fantastic, and I recognized one of the dances from the free hula show that I saw my first day on the island, though it was much more impressive here with 6-12 dancers vs the two dancers at the free show. During the course of the night, they recognized people with anniversaries on the stage to dance, as well as asked for volunteers to try some of the more fun, easy dance moves.

By far the most amazing feature of the night was the fire dancing. It’s obviously dangerous and it was impressive to see the amount of skill required to skillfully perform it. It was an amazing experience to actually be close enough to the stage to feel the heat of all the fire and see how fast and nimbly the performers were handling the fire knives. Cousin K told us that he saw one of the men cut his lip with the fire knife during the performance, but that guy must have just braved through it to get through the entire thing without any of the rest of us noticing.

At the very end of the event, the photos we took at the beginning were offered for sale. I originally wasn’t going to purchase it because the price was ridiculous, but because I was able to attend this normally $125 experience for free, I decided I could afford to splurge on the $20 photo.

Again, I’ll reiterate how absolutely amazing this luau experience was! On a future visit, I’d like to see the Polynesian Cultural Center’s luau for comparison, but I was highly satisfied with this experience and think the Chief’s Luau will be a hard one to top. 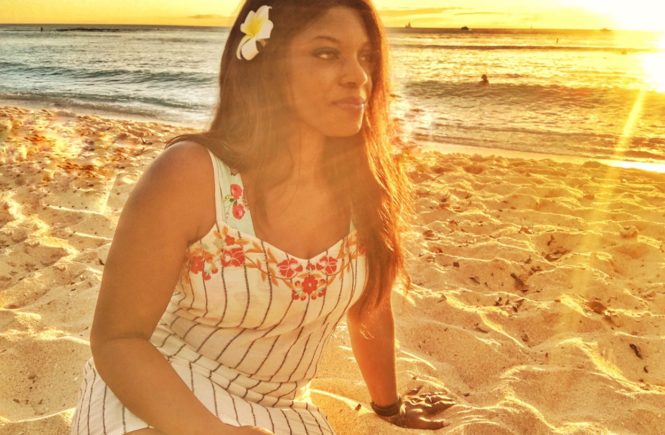 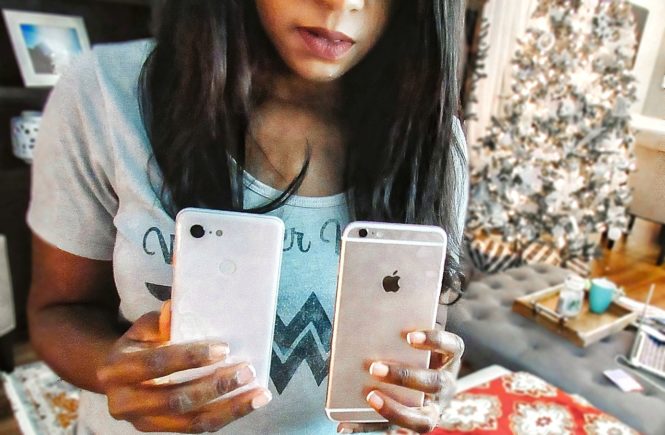 Making the Switch: Apple iPhone 6s Plus to a Google Pixel 3 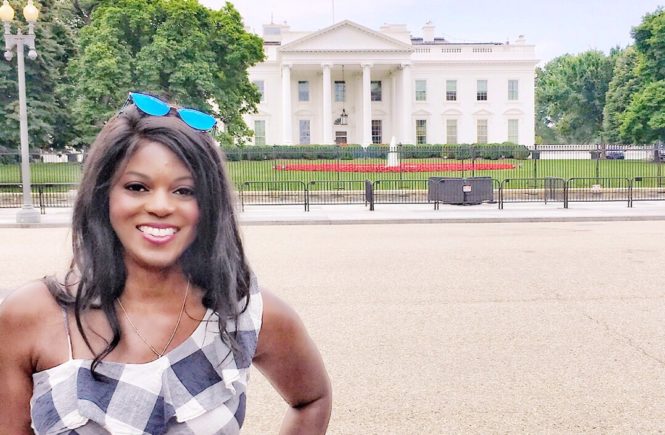